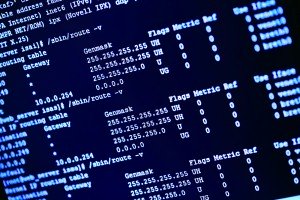 Inter-domain traffic engineering aims to optimize traffic performance, originating and terminating in different administrative domains. At the moment, Autonomous Systems exchange traffic via exterior gateway protocols, the standard one being BGP [BGP4]. BGP offers a wide range of options and attributes, such as route filtering, which can be efficiently used for inter-domain traffic engineering. Among the most important features provided by BGP are manipulation of traffic exchange between Autonomous Systems (AS’s) in the Internet and control of routing data. BGP follows a consecutive decision process that determines the preference for different paths to a certain destination IP or network. The most important aspects of inter-domain traffic engineering via BGP are:

Flexibility for implementation of the complex BGP policies, based on pre-defined logical conditions is provided by route-maps. Route-maps are very useful in: controlling the import and export policies for incoming and outgoing routes, managing redistribution of routes between BGP and other protocols, and impact the selection of the best paths by modifying the BGP decision process parameters. By combining BGP-attributes, Route-maps, and access-lists one can implement rather complex logical expressions, capable of applying different types of policies.

In order to outline potential approaches for inter-domain traffic engineering via BGP, one must keep in mind that while the outbound traffic exit point is manageable, the interconnection point where inbound traffic is received from an EBGP peer usually is not, except the case, when there is a specific agreement with the peer sending the traffic. That is why individual networks must apply suitable traffic engineering strategies in order to improve the performance of the outbound traffic delivery from their end users to peering points. traffic engineering policy is mostly based on the “closest exit” strategy – offloading inter-domain traffic at the closest outbound peer point towards the destination AS. The majority of manipulation methods of the point where inbound traffic, coming from an EBGP peer, enters a network (sending MEDs, unreliable route announcements among peering points, AS pre-pending) are either unproductive, or not recognized by the peering community.

Essentially, taking into account technical and administrative reasons, it is safe to conclude that given the current Internet architecture Inter-domain traffic engineering is more complex than intra-domain traffic engineering. Technical concern is that despite the fact that topology and link state information proved to be quite useful in effective traffic mapping, BGP does not spread such data across domain boundaries due to the scalability and stability concerns. Administrative concern lies in the differences in network capacities and operating costs that exist between domains. Therefore, one solution can be effective for one domain, but useless for another. Additionally, permitting one domain to manipulate routing and traffic management in another domain’s network is not recommended.

At Noction we have integrated complex inter-domain traffic engineering algorithms in one single product – the Intelligent Routing Platform (IRP). The system is designed to automatically evaluate all the available network routes and select the best-performing one in terms of latency, packet loss, provider capacity and usage, as well as the historical reliability of the route. Noction IRP evaluates these performance metrics by sending probes through each of the connected Internet Service Providers and applying a set of algorithms to compare their performance. After the best routes are calculated, IRP injects the announcements into the routing table as regular BGP updates. By manipulating various BGP attributes IRP assigns a higher priority to its announcements in order to override the existing ones.