Learn how IRP can help you boost network performance and reduce operational costs by intelligently rerouting traffic across the internet.

This research unveils the return on investment that a typical Service Provider achieves as a result of deploying Noction IRP in its infrastructure.

Operating a large network with multiple locations and a varying degree of integration? Learn about the IRP Global Management Interface – a single pane of glass that allows administrators to manage multiple Noction IRP instances from one, easy to access application.

Used by hundreds of networks worldwide:

Used by hundreds of networks worldwide:

IRP has been a great asset to our business. It is paying for itself by saving us money on overages and at the same time providing optimal performance for our customers in outbound routing. It is like a little robot that works for us 24/7.

IRP is saving us man hours and is providing a peace of mind, knowing that our internet links are not getting saturated, with inbound and outbound traffic being distributed across all our links as improvements are being made. 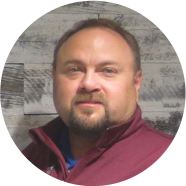 Noction gave us the three requirements that we seek with all solutions: optimization, scalability and extended SLA. Intelligent Routing Platform provides better ISP management by automatically choosing the best path for all BGP routes in real-time.

BGP – the protocol that runs the Internet

Border Gateway Protocol (BGP) is a distance-vector routing protocol that is used on the Internet and allows information sent from one Internet point to another to find the right path and reach the recipient.

When it comes to BGP, the first thing to explain is the concept of an Autonomous System (AS). An Autonomous System is a collection of routing points and the connection between them, united by a common interaction policy, which allows this system to exchange data with the nodes that are outside of the system.

An Autonomous System is characterized by a 16-bit or 32-bit Autonomous System Number (ASN) and a pool of IP addresses. Both are issued by IANA (Internet Assigned Numbers Authority), which in its turn delegates control over the distribution of ASNs and other Internet resources to regional registrars.

The connectivity of Autonomous Systems is achieved through static or dynamic routing.

Static routing is quite simple and requires an engineer to manually set the route to the nearest neighbor. In practice, however, connecting even 10 routers to each other becomes a real challenge.

Therefore, dynamic routing was invented for large networks, where devices automatically share information about the available routes with each other and adjust to any topology changes.

Dynamic routing protocols are classified according to the two main characteristics:

1) The way the protocol works in relation to the Autonomous Systems:

Clearly, BGP can not be a Link State protocol. Just imagine how many Autonomous Systems are out there on the Internet! Any router will simply fail if it receives this great amount of information.

Thus, BGP is a distance vector exterior gateway protocol that connects Autonomous Systems. A simplified scheme looks something like this:

Since BGP is entrusted with the task of connecting Autonomous Systems throughout the Internet, it must be very reliable. Nevertheless, the protocol does not have a reliable transport method. Instead it leverages TCPs reliability to ensure that the messages and updates are received. At the very beginning, the BGP router initiates the establishment of a TCP session on port 179 to its neighbor. The standard exchange of SYN and ACK takes place.

BGP connections must be carefully coordinated by the administrators of the Autonomous Systems willing to connect. If, for instance, the administrator of AS20 has initiated the BGP process on BR2 (Border Router), specifying BR1 and its ASN as a neighbor, but the AS30 administrator has not done anything, the TCP session will not be established and the systems will remain disconnected. Moreover, the following conditions must be met:

If the TCP session is established successfully, the BGP routers start exchanging OPEN messages, in which they report their ASN, RouterID and Hold time. Hold timer is the time during which the TCP session will be supported. In case the conditions listed above are not met, for example, the information about the AS number does not match, then the router receiving the incorrect ASN will notify its neighbor by sending a NOTIFICATION message and will end the TCP session.

If all the conditions are met, the routers start sending each other KEEPALIVE messages with a certain interval, meaning they confirm the parameters accepted in OPEN and sending the notification “I’m still alive”.

Finally, the routers can begin to exchange routing information using the UPDATE message.

The structure of this message consists of the following parts:

The UPDATE message is transmitted each time one of the routers receives information about the new networks, while the KEEPALIVE message throughout the entire TCP session.

NOTIFICATION Message is sent when an error is detected. The BGP connection closes immediately after the message is sent. Such message includes error code, its subcode, and also data related to the error.

BGP is most certainly the most complex IP routing protocol currently deployed in the internet. The information above is aimed to provide only the basic understanding of how the protocol works. For more in depth information please consult our Blog or the Resource Center guides.

Request a 30-day trial.
Evaluate Noction IRP, and see how it meets your routing optimization challenges.
During the trial you’ll be able to fully assess product’s value and the way IRP improves your network performance.