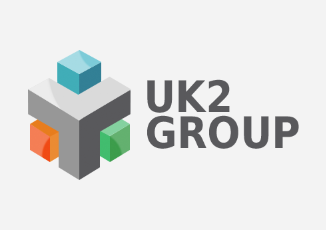 Since 1998, UK2 Group provides domain name registration and web hosting services to small, medium and large enterprise customers. Headquartered in London, the company runs multiple datacenters worldwide, empowering over a million customers all around the world. Delivering a broad range of hosting services, UK2 Group is challenged to ensure fast and reliable connectivity to all destinations on the Internet. To meet such requirements, UK2 Group operates a fully redundant network infrastructure with links to multiple Tier-1 and Tier-2 Internet providers. The company is running a global network with very heavy bandwidth usage, pushing more than 200 Gbps in traffic through providers with which UK2 Group has established multiple commits. Balancing these commits was becoming increasingly difficult resulting in a staff burden.

Noction IRP was deployed as a solution to automate traffic rerouting and to ensure traffic is always directed through the best performing link. “Within 90 minutes of putting the platform into intrusive mode, we could see that all commits leveled out while IRP also routed traffic around a lot of problematic routes” said James Innes – Director of Tech Ops at UK2 Group. “To date it has probably been one of the best things that has ever happened to our network team: ticket volumes have gone down, support efforts have gone down regarding anything to do with routing, packet loss or latency and for the first time with no intervention from us, we were actually within our commits with all providers”.

From a network visibility perspective, Noction IRP provides UK2 Group insights on provider performance in real-time. The company uses this information while negotiating bandwidth cost and commitment sizes with providers. “We put this system in a month before we were due to re-negotiate commits with our current transit providers. The statistics provided by IRP gave us great bargaining power and helped us considerably reduce our commit cost with a provider that did not perform to an acceptable level”, further mentioned James.

The Intelligent Routing Platform was designed to overcome the shortcomings of the underlying Internet’s routing protocol – BGP. The Border Gateway Protocol selects the shortest path available to reach an end user, which is commonly considered to be the best possible route for the traffic to flow through. However, BGP often routes traffic through congested paths requiring constant manual control from network engineers. This kind of manual route tuning is very error-prone and exposes the network to a high risk of misconfiguration.

With Noction IRP, UK2 Group is now able to automatically execute adjustments in routing when Internet “events” or traffic congestion cause performance to exceed thresholds pre-defined by platform administrators. “I was really surprised of how many routes with packet loss are out there, even with big providers. There were some routes from a very significant AS suffering 100% packet loss that Noction picked up and moved them over to another provider dropping the loss to 0%. The statistics that we’ve seen are phenomenal”, stated James.