The typical fully-meshed iBGP configuration of routers can become very difficult to manage in large networks. Because of the increasing numbers of iBGP sessions the possibilities of scaling are limited. Therefore, in a large network, the full-mesh requirement for iBGP can be a big challenge.

Figure 1 shows the configuration of a single cluster with one route reflector. RR is configured as a route reflector redistributing routes among the connected internal peers. 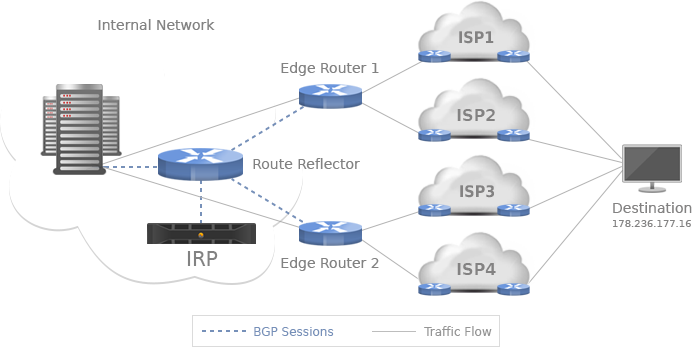 Infrastructures with route reflectors in place, be it of any configuration, can now use Noction IRP to reroute traffic across multiple ISPs based on critical performance metrics and achieve considerable reduction in packet loss, latency and network downtime.