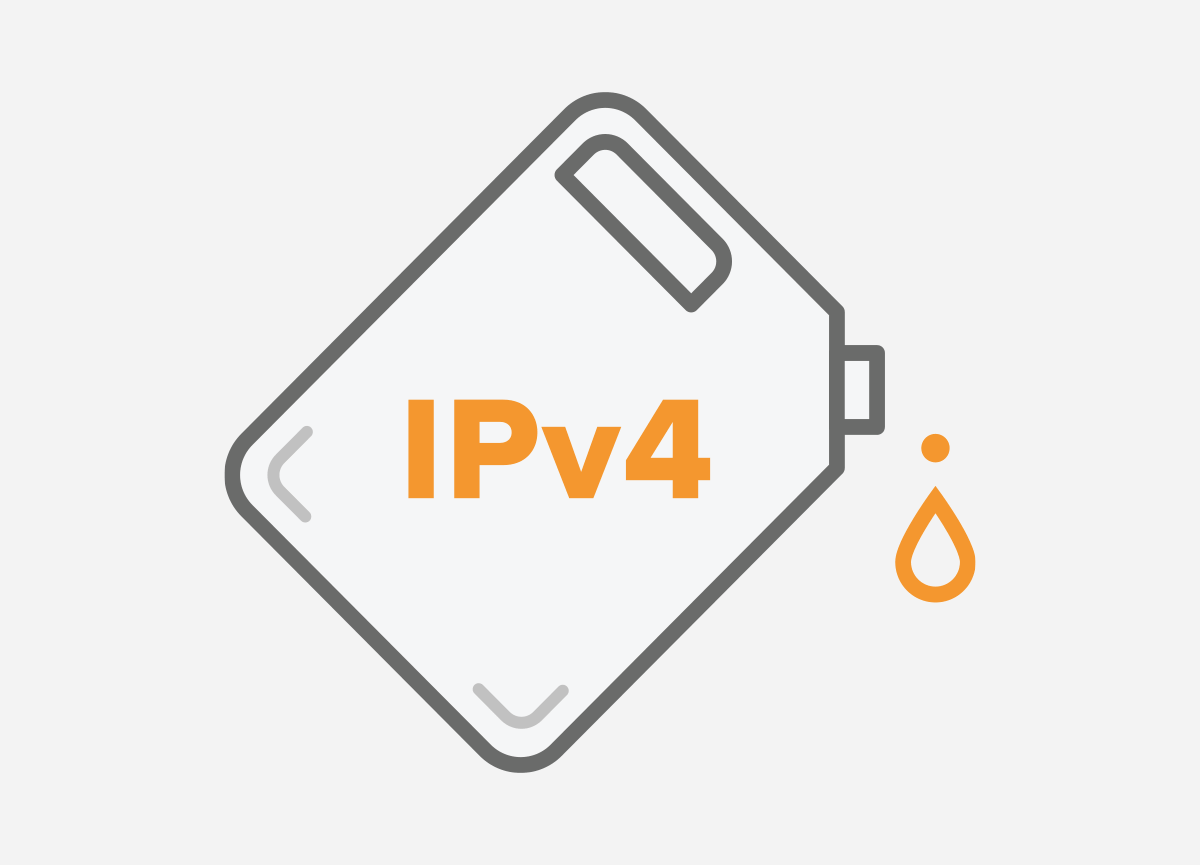 On the 25th of November 2019, RIPE NCC made the final /22 IPv4 allocation from the last remaining addresses in the available pool and has officially run out of IPv4 addresses.

Some of the other registrars ran out of IPv4 address blocks a few years ago: APNIC – in 2011, LACNIC in 2014 and ARIN – in 2015. The only place that still has public IPv4 addresses is Africa. Although AFRINIC reserves will might as well get exhausted shortly.

The fact that the addresses would end sooner rather than later has been known for years. The attempts to use Classless Inter-Domain Routing as well as the Network Address Translation technology did not solve the problem, as the number of devices and virtual machines connected to the network grew exponentially.

What led to the depletion of addresses?

In the late 1970s, 4.5 billion people lived on our planet. At the time of transition to TCP/IP in 1983, the choice was made in favor of 32-bit addresses. It seemed that 4.3 billion addresses were enough to cover the needs of the world’s population at that time.

However, already in the early 1990s, people began to doubt it. RFC 1287 was the first document that discussed the issue of address depletion. In an attempt to rectify and control the IP allocation process, regional Internet registrars were created in 1992, including AFRINIC, APNIC, ARIN, LACNIC, RIPE NCC. These organizations had to control the distribution of IP addresses. However, they did not manage to drastically change the situation because of the immense growth of network users worldwide.

A recommendation for the development of an IPv4 successor emerged in 1994, and a bit later – the basic principles of IPv6 appeared. From that moment, hardware and software products supporting IPv6 began to appear, but the new protocol acted as a backup plan. Today, the proportion of the protocol is slowly increasing.

The current situation with IPv4 addresses is the result of low expectations for the growth of hosts in the global network, exacerbated by the proliferation of mobile devices and the inefficient initial distribution of addresses.

The hardships of transition to IPv6

The IPv6 has been available since 1999, but companies are in no hurry to switch over to it. As per Google’s statistics, only about 30% of users access Google over IPv6 at the moment. There are a few reasons for that. First of all, IPv6 is incompatible with IPv4. Shifting to IPv6 is pricey, even though the actual addresses are available at no cost. The procurement of new hardware, e.g. routers and switches, as well as profound training of the IT staff, is commonly required. On the contrary, the costs of maintaining IPv4 infrastructure will only grow over time. Companies will be forced to promptly decide on their forthcoming strategy.

IPv6 has several benefits besides its expanse. Each data packet is now being encrypted and authenticated by the protocol’s integrated IPSec component. Another advantage of IPv6 is its simplified routing, as there is no need to fragment packets.

Most OSs are ready for IPv6. Smart devices are ready as well. However, some older hardware is not compatible with IPv6, so a lot of Internet service providers out there will have to support both implementations of the protocol.

Although the number of IPv6 addresses is so high that the prospect of exhausting them seems unrealistic at the moment, the question of the future IPv6 addresses exhaustion is periodically raised. There even appear ideas of IPv9 and IPv10.

It is important to mention that a lot of large organizations that got blocks of IPv4 addresses from registrars in the past did not actually use them. Many addresses rest unclaimed, and the whole problem lies in their initial wasteful distribution.

Now, the idle address blocks are slowly being put back to circulation. For instance, back in 2011, Microsoft bought 667,000 IPv4 addresses from Nortel for $7.5 million. MIT (Massachusetts Institute of Technology) found 14 million unused IPv4 addresses that the organization was sitting on for years in 2017. Almost 8 million of them were later sold to Amazon.

Furthermore, new address saving solutions are emerging, e.g. reverse proxy servers. Therefore, IPv4 is unlikely to suddenly cease to exist. The Internet, as we know it, continues to operate in an established paradigm.