The current report covers widely used Tier 1 carriers performance results in the US for the month of August 2017. Rare datapoints from distant locations have been omitted.

The data collection method comprises of a Netflow collector looking at destinations an installed network is speaking to and the explorer component then performing periodic probing via ICMP, UDP and TCP_Syn, checking the performance metrics. The presented data is well sampled, as most of the IRP Lite enhanced networks are typically speaking to around a third of the routing table each day. For privacy protection, the exact location and number of IRP Lite instances are not provided.

The current report covers widely used Tier 1 carriers performance results in the US for the month of August 2017. Rare datapoints from distant locations have been omitted.

The presented analysis is based on more than 809 million successful probes that span the entire month. All data is aggregated per carrier on a daily basis and accounts for many thousands of successful probes. A control group (labeled C) is used as a base of comparison. The control group aggregates the average for all transit providers in a network, including Tier 1 carriers.

Fig. 1. Average Loss and Latency in August 2017
The numbers include a control group C (gray) to allow cross comparison.

The values for July 2017 are included for cross comparison.

Fig. 2. Average Loss and Latency in July 2017
The charts include a control group C (gray) to allow cross comparison.

Fig. 3. Better or worse Loss and Latency in August 2017
The numbers are differences from average control group.

Fig. 4. Better or worse Loss and Latency in July 2017
The numbers are differences from average control group.

In comparison with the control group for the month of August, 2017:

In comparison with the data from July, 2017: 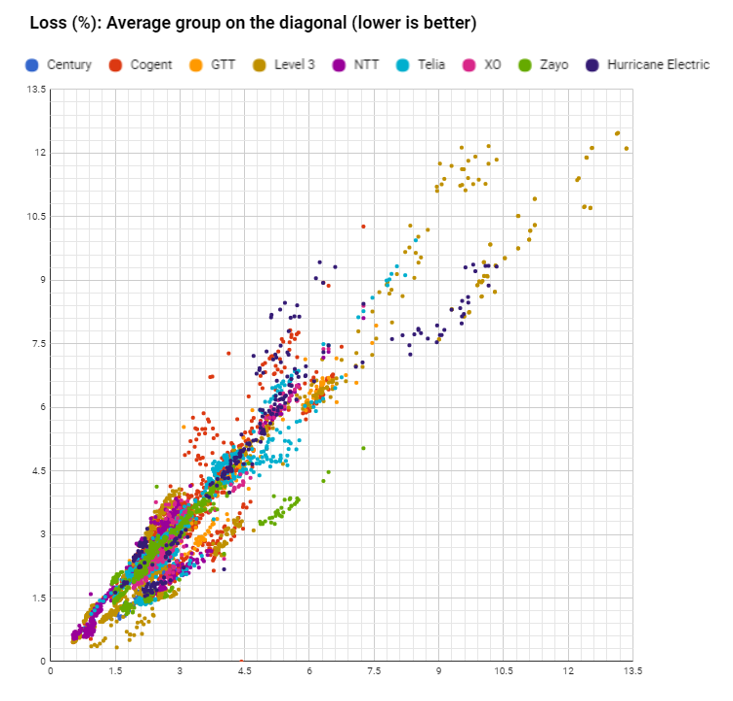 Fig. 7. Average packet loss gains/losses by carrier August 2017
Averages determined for ALL datapoints or a cutoff at 4.5% control group applied.

Fig. 8. Average packet loss gains/losses by carrier July 2017
Averages determined for ALL datapoints or a cutoff at 4.5% control group applied.

Comparing the results determined for ALL data-points to the results with applied cut off at 4.5% control group level, we observed that average packet loss registered by Centurylink is the same in both representations. Stable results, suggest that Centurylink has registered preponderantly lower value of loss for packets which transit it, below 4.5%.

Zayo which has registered a good result for ALL data-points, went to the group with worse results after we applied the cut off at the 4.5% control group level. This migration shows non-stability in the registered loss packages for this carrier. In more cases, packet loss was higher than the 4.5%.

As in July, worst position in both graphics are held by Hurricane Electric, Cogent and Telia. Level 3 has left the winners group both for ALL data-points and for the applied cut off at the 4.5% control group. Other Tier 1s have not registered a significant change in average Loss for the month of August, compared with July. 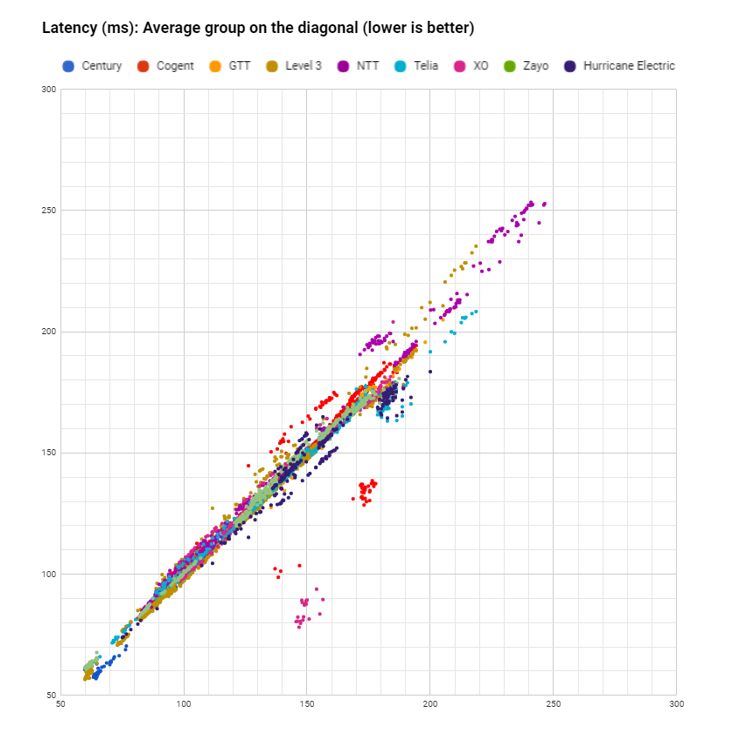 The results show that during the month of August in comparison with July: 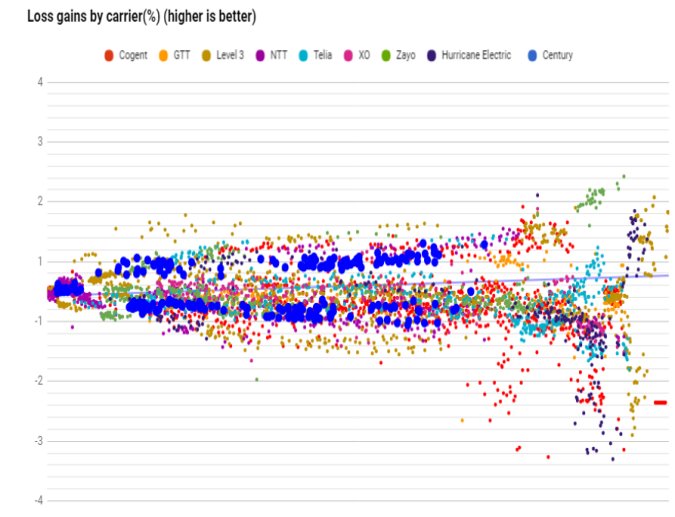 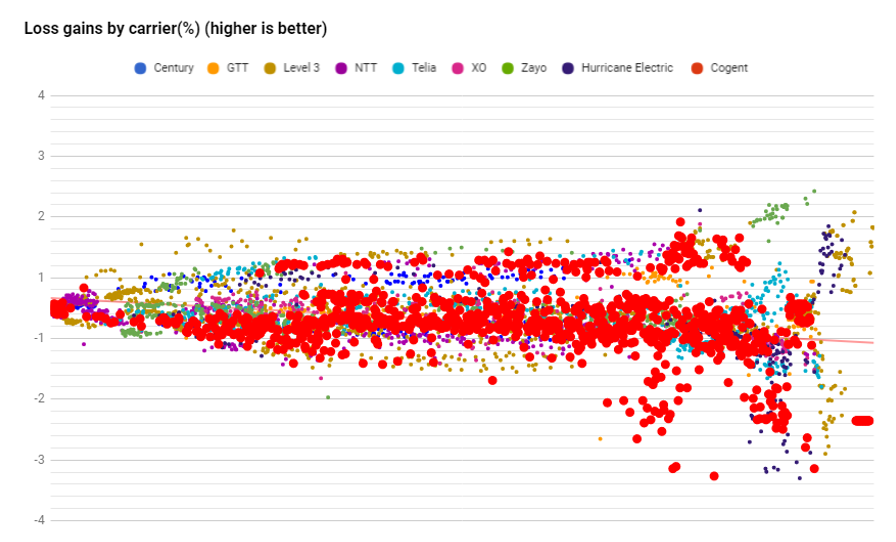 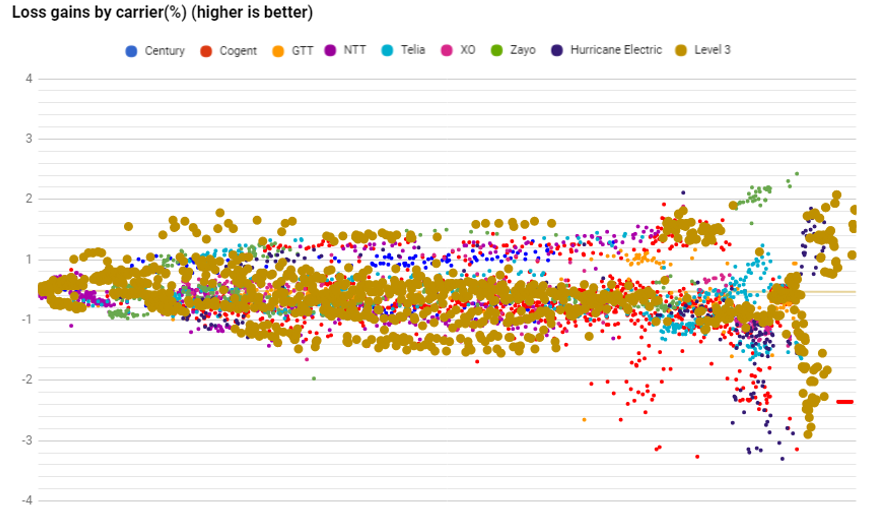 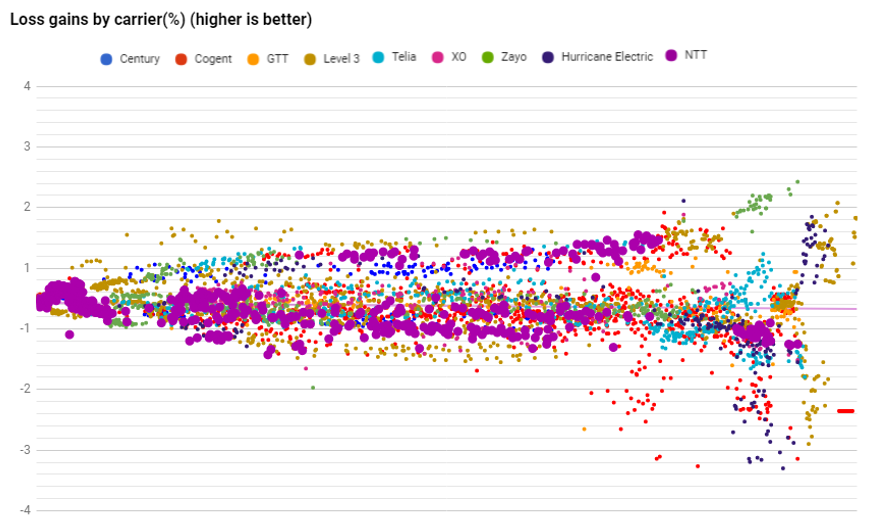 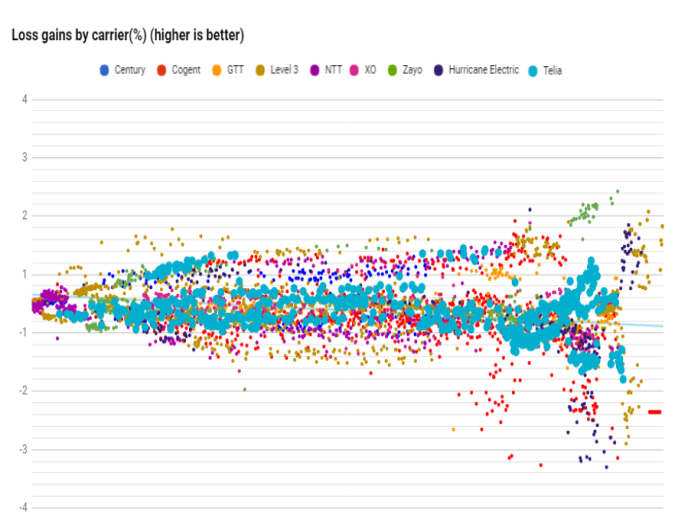 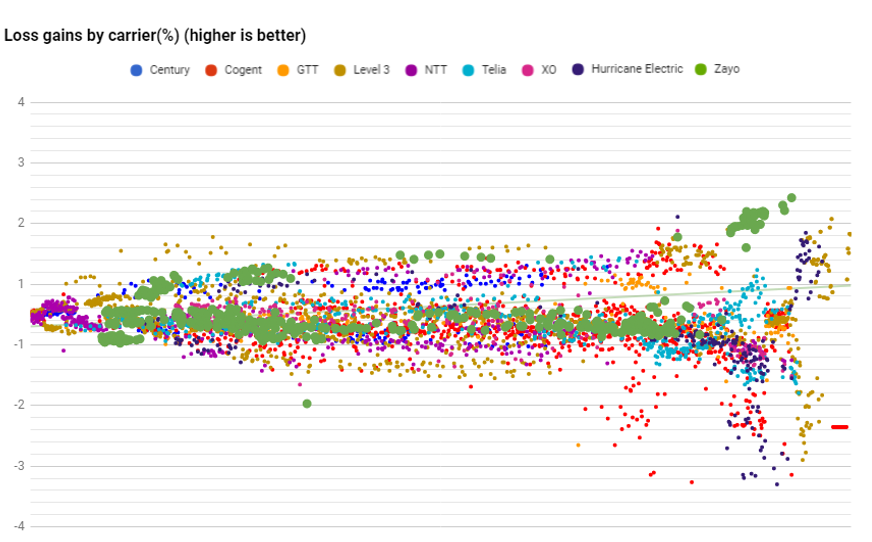 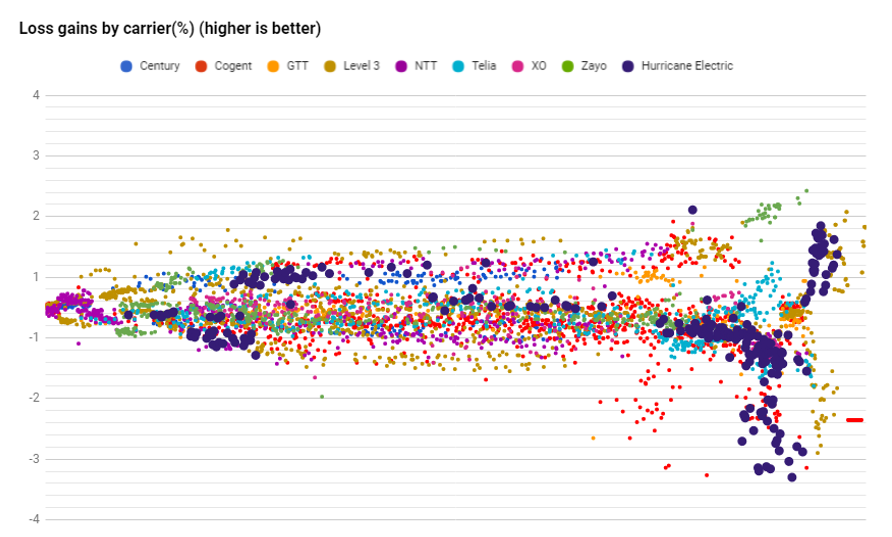 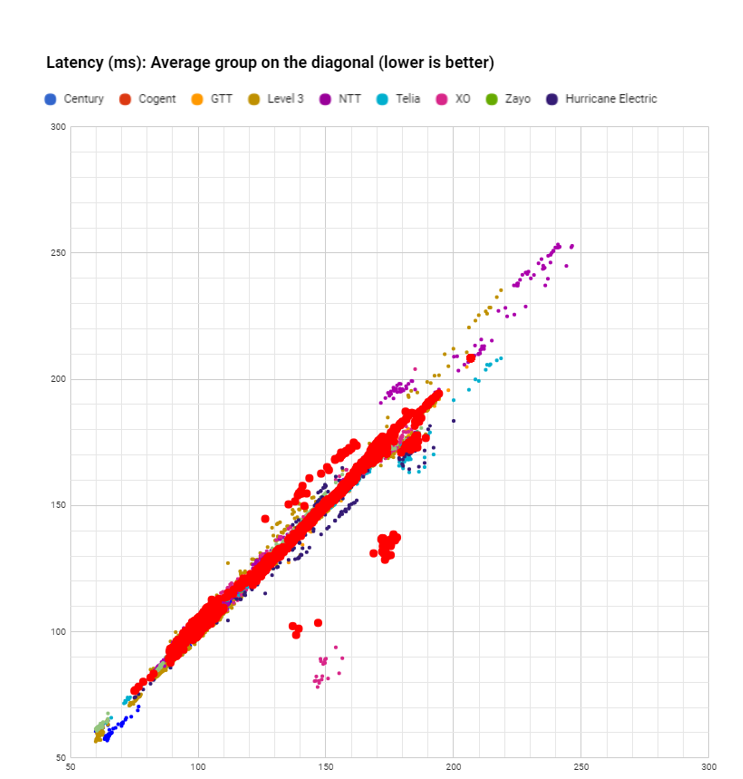 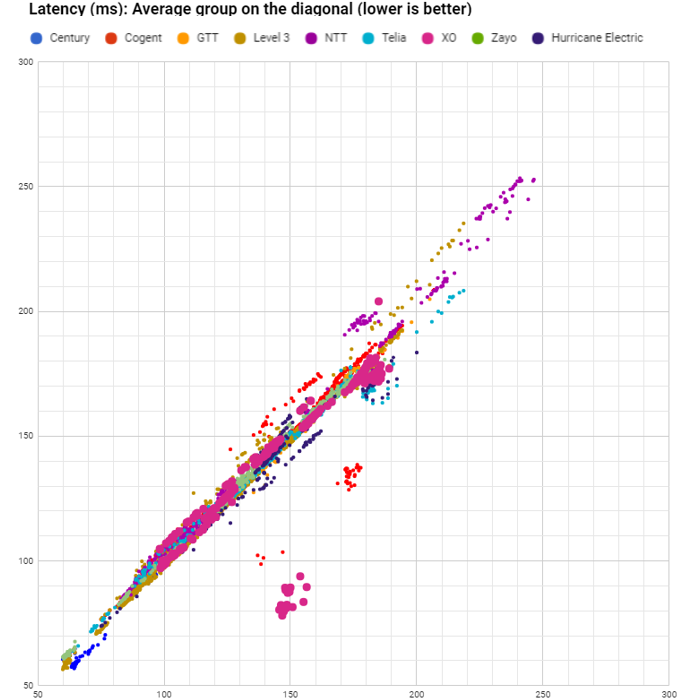 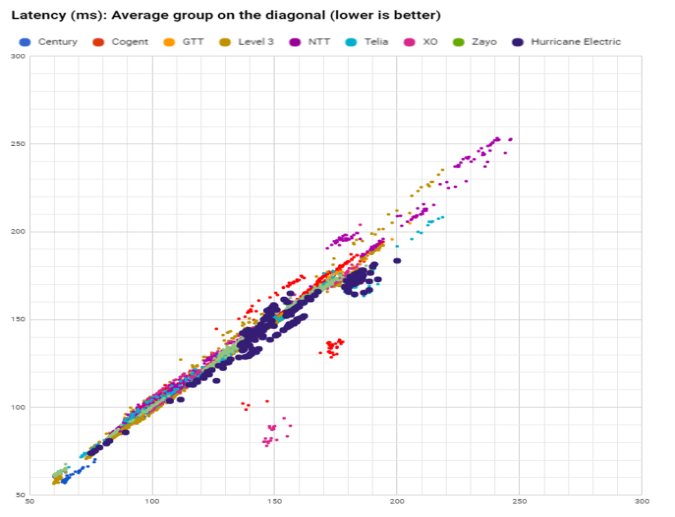