Misconfiguration of network devices is the source of most performance and security disruptions. When it comes to BGP, human error brings the risk of misrouting traffic across the Internet that can severely affect end-users.
WebNX took a proactive approach to minimizing these risks and implemented automated route optimization at the network edge by deploying Internap™ FCP in 2011. As an ISP with emphasis on datacener services, WebNX runs a network with heavy bandwidth usage, pushing over 10 Gbps in traffic through multiple Tier-1 providers. Despite the advanced technical specifications, the route optimization solution in place was able to handle only a 5th of the network’s current load. Additionally, the company’s infrastructure upgrade that followed shortly led to technical incompatibility between the route optimizer and the newly deployed equipment.

Noction Intelligent Routing Platform was the company’s next step towards achieving full performance automation at the network edge level. With higher volume capacity and extensive compatibility options, Noction IRP successfully
handles the company’s entire traffic and fully controls the route selection process at the network gateway. Thanks to Noction’s customer-driven product development process, WebNX benefited from custom functionality that was
eventually integrated into the product as a result of the submitted feature requests. “It happens that I just tell Noction that we would love to have a specific feature available in IRP and then within a few months, weeks, in
some cases almost even days the feature will be there, or at least a test version of it will be in place.” said Dario Perovich, Chief Operating Officer at WebNX. Since one of the main goals for WebNX was to limit the risk of misconfigurations at the edge router level, the company’s network team uses IRP’s web-based configuration interface to perform error-proof routing policy
adjustments based on the company’s performance requirements and overall business objectives.

“Many people love the Command Line Interface, while the reason I insisted to have IRP in place was the web interface. We needed something that would serve as an easy, safe and user-friendly layer between the engineer and the router.” further mentioned Dario.

By running for more than 2 years in WebNX network, IRP optimized over 9,000 TB of traffic by announcing over 38 million route improvements to the company’s edge routers. The platform reduced latency by an average of 25% and dropped packet loss by an average of 85% for the analyzed prefixes.

“It’s impossible to have a human being constantly checking the Internet for black holes, network issues and misconfigurations. BGP is great but it breaks. So, having Noction IRP in place is like having a network administrator whose sole job and existence is to make sure the Internet is working and to adjust routes so that your clients can get to the destination without having to submit a
support ticket” said Dario “So, the only time when your network team needs to do anything is when they want to perform highend optimization or work on other really challenging tasks – the reason why network professionals are in the field. The Noction box will take care of the rest by automating all the heavy groundwork that clients often complain about.” 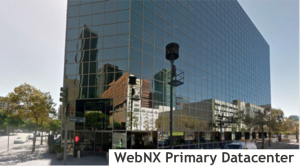 “It happens that I just tell Noction that we would love to have a specific feature available in IRP and then within a few months, weeks, in some cases almost even days the feature will be there.”